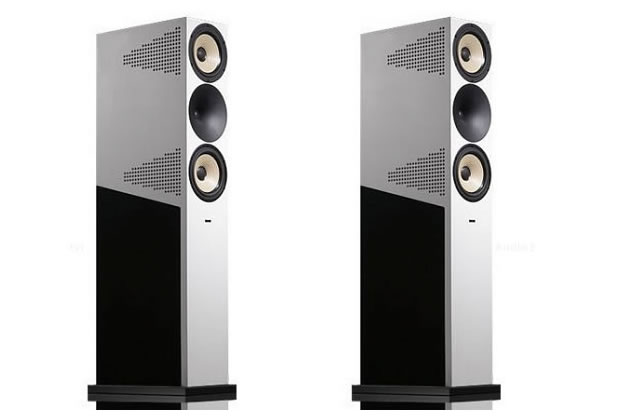 Krypton³´s propriatory paper -papyrus 8" midrange is actually many drivers in one and due to carefull driver placement together with the tweeter forms a perfect time accurate point source which works from 160 Hz up. Inside the critical 600-2000 Hz the cone´s "ribs" transform the unit to work similarly to 4", which leads to air and nuances, but will take full advantage of low distortion and high power handling of the 8" units.

The midrange clarity coupled with the power which can be achieved by kryptons two 8" units working in unison makes you wonder how you ever could live with the 6.5" other manfacturers offer at this price point.

Krypton³ reduces unwanted reflections from both the side and backwalls (up to 20 dBs), so you can hear less of the room and more of the speaker.

In your current home. Or the next.

Amphion Krypton³ - A dream worth pursuing!

"This speaker design embodies ideas that have to my mind and ears a fundamental correctness in their ability to take the listening room out of the system. Because the Kryptons put out so little to the sides, they can be quite close to the sidewalls. Even if you do not have a huge room, you can put them far apart and reproduce large-scale music with something much closer to the physical scale of the live event. Add to this that the Kryptons³s will play loudly without strain, and something more like an orchestral concert, say, can be reproduced better than most speakers even dream of."

"The Krypton³s really are spectacular: remarkable indeed in their spatial presentation, superb in perceived resolution, ultra-low in distortion even at enormous volumes (they will play loud!), and almost completely free of coloration arising from off-axis irregularities. It all adds up to remarkably realistic sound".

"I found the whole experience fascinating. I pulled out many of my old favorite recordings  just to see how they would turn out when given this kind of convincing clarity of both the music itself and the space around, many more than were called for in preparation of the review as such"

"...produces a large window on the sound, which allows several people to enjoy its generous soundstage in a typical listening room."

"The Krypton3 is more than great bass, we´are pleased to report. The treble is a solid act too. It is reasonably sweet, definately open and it gives the music a vivid tonality."

"Most surprising demo I heard at the show!"

"The system was astonishingly brilliant and transparent, yet smooth and effortless at the same time. I was able to achieve the organic emotionality that I listen for but never expected to hear at a trade show."